Designers. Can’t live with them, can’t live without them. More often then not, developers will have to work together with designers to create a website. Which most of the time means the designer will create a design and some HTML & CSS. Which the developer will then integrate and adapt to fit into his software to actually make the site work.

The problem however is; Developers normally didn’t go to design school and many of them have the artistic ability of your average garden rock. I’m certainly no exception to that. However, if you learn a few basic guidelines and rules, you can make the life of your designer buddy a lot happier by not screwing up his design.

So here are just a few general hints and tips to explain what is important when adding something to an existing design or when integrating it into the actual software of the site.

Stuff needs to be aligned, both horizontally and vertically. It must be aligned “visually” instead of accurately, which means that if you look at it, it should look aligned. Which could mean two pixels to the right or left of the point where two blocks were actually aligned.

however as a rule of thumb, you can pretty much align them accurately. The reason for aligning stuff is because it is visually pleasing for us to look at. In some few cases the designer might actually want to purposefully have a few elements be misaligned, so if your doubting, just look at his designs or simply ask him.

Where saying less is more. Whitespace, as the name suggests, is the empty space around objects. As with alignment, everything should have a little bit of white space and for the most part, the amount of whitespace should be the same.

Whitespace brings some calm into a design. A design will look far less crowded with ample use. Also, whitespace will often be used to emphasise certain elements within a design. This is where the amount of whitespace will differ. Headers, for instance, will often have more whitespace around them then paragraphs.

If you want to know a lot more about whitespace, read this article from a list apart that deals exclusively with whitespace.

Colours are not only pretty but also important. Often companies and brands will have very specific colours associated with them. Coca Cola red, UPS gold&brown, etc… Now designers could probably bore you for hours about colour theory and all that stuff. However, what’s important for us developers to know, is to never introduce new colours. A designer will have chosen a small select group of colours for use in the design.

You will have one or two base colours, and an accent colour. For instance, for the design of this site, the base colours are light grey and white. and the accent colour is blue, and perhaps black.

What this means is that if I should add some new element, it should be one of those colours. Not purple simply because I like purple. Your best bet, depending on the size of the new element, would be to use the accent colour. The use of the accent colour is to basically add some spice to design and use it to draw the attention of viewers.

When using colours, be precise. You might think, blue is blue. But if your designer used #7c95e7 in his design, then be sure to use #7c95e7 as well. You could even ask your designer to write down the used colours for you in HEX. 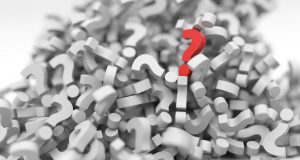 Above are just a few general tips to watch for, but the best advice I can give is to simply ask your designer when in doubt or even just to verify. Because basically, It is like you created the software for the site and then some amateur takes it and start modifying it in small ways. I think most developers would at least like steer how those modifications are made, explain a bit what the thoughts were behind how it was written and such.